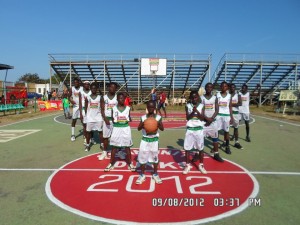 “You reap what you sow; He who wash his hands eat with kings;” these are some of the wise sayings the boys got when they enter the various markets with their trophy. This is something unheard of in Cape Coast for a long time. The time is now! some of the boys scream.

How did they got here? It has been since 2008 when HCI started to officially work with boys and girls in various communities in the Cape Coast metropolis. Mentoring them off and on the basketball court. Such acheivment also come with commitmemnt, all within the mission of Hoops Care.

These lads has been thought that to suceed reqiure a lot of sacrifice and over the years they have been following these measures which has today made them the 2012 Indomie Community Dunks Champions.  To read more about their expolits, please visit the below links